Keeping Capital Flowing and the Lights On 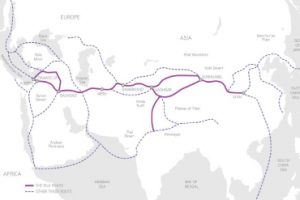 The Arabian Peninsula has played a critical role between trade among the East and West for centuries. The Silk Road – a network of trade routes connecting the East and West between the 2nd century BCE to the 18th century – facilitated cross-border trade in silk, jade, and spices, as well as the exchange of ideas and technologies like paper and gunpowder. Established in 1971, the United Arab Emirates (UAE) has continued in its tradition of openness to trade and people. Nearly 80% of those living in the UAE are expatriates and, according to the World Bank’s ranking on openness to trade1, it remains within the top 10% of countries – reminiscent of a time when ships sailed cargo up and down the Swahili coast.

An experienced entrepreneur who has survived economic volatility is Sunita Patel, owner of Dubai-based Vasoya Trading Co L.L.C. As one of the leading stockists and traders of electrical accessories for control panels and switchgears, Sunita has been successfully managing her business for nearly 25 years – often in challenging surrounding markets. After completing her master’s degree in 1997, Sunita moved to Dubai and joined her family’s small import business. However, after seeing a unique opportunity for expansion and craving a larger amount of entrepreneurial control, Sunita branched out on her own in 1999. She began by importing three products from a factory she knew in India and now imports 800 items from Germany, China, Taiwan and India. Vasoya employs a team of four, stands committed to quality, timely, and fairly priced products, and maintains a reputable, customer-centric business within an increasingly competitive industry. 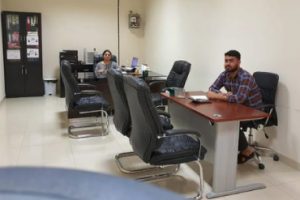 As part of Sunita’s commitment to her small business’ success, she oversees nearly every aspect of her organization – from administration and bookkeeping, to marketing, sales, finance and logistics. By supplying electrical switchgear and panels for local infrastructure projects, her business supports local economic growth and modernization. And yet, when the market inevitably dips, small businesses such as Vasoya are often the first to feel the negative effects of such a downturn, as customers extend payment terms and banks curtail lending to small businesses.

Sunita has found firsthand that surviving a challenging market requires careful diligence to ensure that her customers are the right people to sell to – so that Vasoya’s money and investments remain safe. “It’s a tough and challenging market. We have to be very vigilant with each of our customers, getting the news from the market, getting the right information.” Rather than supplying to everyone in the market as they had done in the past, Sunita carefully analyses her customers and chooses to work with the most reliable payers. To continue to grow, she has had to diversify her product mix. New suppliers who cannot afford to provide her with credit, place a strain on her limited working capital. 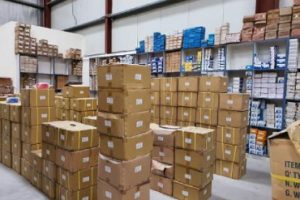 Fortunately, Advance Global Capital’s (AGC’s) local funding partner is providing the factoring capabilities she needs to forge ahead with confidence. According to her, “the challenge was to get the money and get the cycle moving”. Before becoming acquainted with such a flexible solution, Sunita struggled to access flexible working capital on acceptable terms from larger financial institutions. According to Sunita, “When the economy started facing difficult times, lending conditions became extremely rigid. Even if we were showing proper results, we were not getting funded. And the rates they were asking were very high. In addition, the process is very messy. It takes a long time. Lots of documentation is required and sometimes you have to borrow more than you need. For example, if I only need 100,000 dirham, the bank had a minimum requirement of 200,000 dirham so I have to pay for 100,000 that I don’t need.” All in all, a cumbersome process that was expensive and took far longer than she could afford to wait.

With AGC’s financing partner, Sunita found a flexible way to access funding on her terms. Benefits such as a one-time documentation process, and a 24-hour window between requesting and receiving funds enabled Vasoya to remain competitive, even when the market was not. Furthermore, Sunita was able to only borrow as much as she needed when she needed it. “I’ve been working with AGC’s partner for seven months. At the beginning, I thought it would be a temporary way to give my company a boost to launch new products and ensure longer sustainability. I thought I would have banks to fall back on. Now, I don’t even entertain the idea of applying for funding from banks.”

Regardless of economic downturns or unstable markets, factoring from local, independent providers that understand entrepreneurs’ needs enable small, women-owned businesses an often much-needed lifeline. Funneling capital into underserved businesses such as Vasoya not only creates more economic opportunities for women, but it stimulates business revenue, and ultimately strengthens local financial ecosystems – especially important in uncertain times. Sunita says she would recommend factoring, “if they are a company I trust and like. Genuine customers and genuine companies that really want to grow and need financing.”

1 World Bank Data. Openness to trade dashboard. United Arab Emirates has one of the most open economies in the world. http://wits.worldbank.org/visualization/openness-to-trade-dashboard.html