Growing Organics and Good Businesses in the Baltics 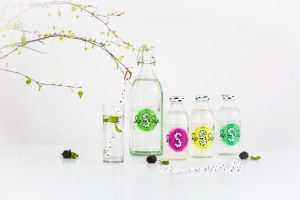 The poem that eventually became Lithuania’s national anthem exhorts its people to care for the land, care for humanity and live in honor. Under former Russian and then Soviet Rule, that was a daunting aspiration. USSR collectivization of Lithuanian agriculture was carried out at the cost of thousands of lives, mass deportations, and the economic ruin of its farmers. But with the restoration of Lithuanian independence in the 1990s, private ownership and management of agriculture was restored.  And the axis of Lithuanian trade pivoted to the European Union.

Since 2009, in the verdant farmland and forests of southeast Lithuania, JSC Straikas has been marketing EU-certified organic food and beverages for a healthier world. Their purchase of an in-house production facility in 2013 enabled them to increase distribution. The company now exports white label products along with their own brands—Magnum fruit and vegetable juices, Marmaluzi organic baby food and Sip Sap birch water—to fellow nations in the Baltics, Europe, Asia and Israel. 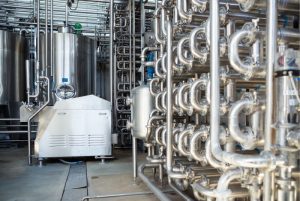 A bit of history: Lithuanians have been tapping birch sap for at least 400 years. When the birds start pecking the trees they know it is time to tap. The appeal of this sap is the minerals, carbohydrates and micro-elements the body may lack after a long winter. But until recently, birch sap stayed fresh for only five days, and then had to be fermented to extend its shelf life. Straikas’ resourceful team — including a talented female Chief Process Engineer — took on the technical challenge of producing and marketing birch water all year round at scale.  A technically impossible and cost prohibitive production challenge was overcome. 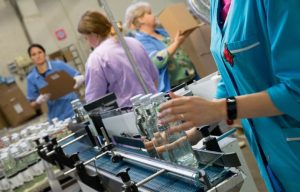 Based on the high quality and great taste of its products, Straikas experienced 66% revenue growth in 2018 and expects a further 25% increase in 2019. To its current base of 40 customers, they forecast adding 15 new ones this year.

But growth almost always comes with cash flow challenges for smaller companies.  Customers are slow to pay their invoices.  In order to cover the cost of goods sold, invest in marketing and export development, and pay taxes or other expenses, Straikas relies on its relationship with a local AGC financial partner who is factoring their invoices as needed. Local banks are simply not able or willing to meet the needs of smaller growing companies for timely, flexible funding.

There’s more to Straikas’ impact than economics. Straikas is largely run by women, a rare accomplishment in the manufacturing industry. Women make up 50 percent of its management and 45 percent of its workforce. Beyond providing parents with a healthy food option for their babies, the company sponsors “Mother and Child Rooms” in various shopping malls and hospitals throughout Lithuania.  As the nation’s anthem goes, “Let your children follow the path of virtue, working for the good of their native land and for all mankind.”